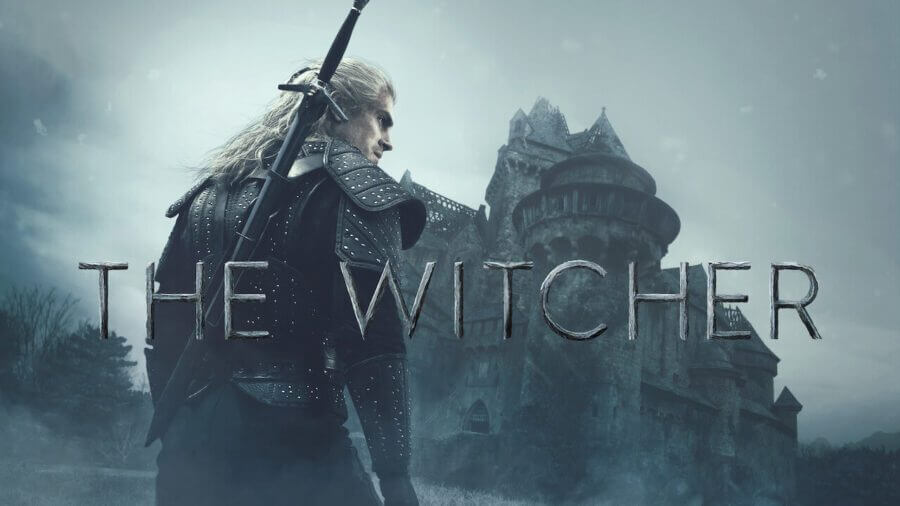 Redanian Intelligence is finally back after a short hiatus (due to COVID-19) to take us through all the Netflix updates regarding The Witcher franchise. Below, we’ve got the latest on season 2 production, first look at a brand new spin-off series and anything else that The Witcher fans should know.

Even before Netflix premiered its Henry Cavill-led fantasy hit, The Witcher, it was clear that the franchise would take pop culture by storm. Following in the footsteps of the beloved Polish saga as well as a popular trilogy of video games, The Witcher was destined to become Netflix’s next big thing – and indeed it has. The show’s success has prompted Netflix to go all-in on the franchise: with a second season already in development and two standalone spinoffs in the works (and possibly more on the way), The Witcher has a very bright future on Netflix. Despite the effects of COVID-19, this has been a busy month for Netflix’s sword-and-sorcery franchise, and we’ll gather July’s biggest stories below. 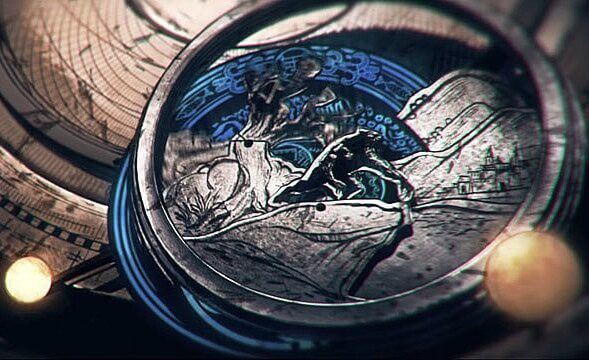 Early this year, Netflix announced an animated film starring Geralt of Rivia’s adoptive father and mentor Vesemir (titled Nightmare of the Wolf), much to the excitement of the fanbase. Netflix has now revealed that it has much more in store for the franchise, including another spinoff, this time in live-action.

The Witcher: Blood Origin is a prequel set 1200 years before Geralt of Rivia rides into the town of Blaviken. Set before, during and shortly after the cataclysmic event known as the Conjunction of the Spheres, Blood Origin is expected to reveal how monsters and men arrived to the Continent, which was then populated primarily by elves. It is also assumed that the series will tell the tale behind the creation of the very first witcher.

The six-part limited series will be written and overseen by two of The Witcher’s writers, including Lauren Hissrich (The Witcher showrunner) and Declan de Barra (writer of episode four of season one, as well as episode one of season two, which will adapt the short story A Grain of Truth). Series author Andrzej Sapkowski is also involved as a consultant, though it’s likely his role is limited.

De Barra, who will be leading the project as showrunner, took to twitter shortly after the announcement to share his excitement. “As a lifelong fan of fantasy, I am beyond excited to tell the story The Witcher: Blood Origin. A question has been burning in my mind ever since I first read The Witcher books: What was the Elven world really like before the cataclysmic arrival of the humans? I’ve always been fascinated by the rise and fall of civilizations, how science, discovery, and culture flourish right before that fall.”

Blood Origin will be filmed in the United Kingdom sometime after season two wraps production. 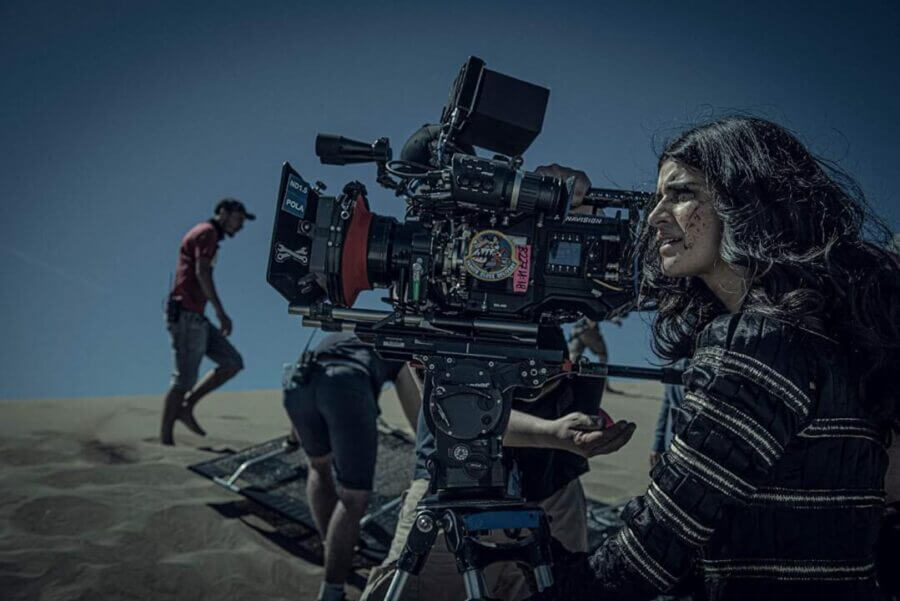 Despite the many spinoffs in development, Netflix’s main focus remains on The Witcher season two. Filming of the series had just begun when the coronavirus pandemic erupted, forcing the production to a halt approximately four weeks into the planned five-month shoot. Fortunately, the long wait is finally coming to an end: The Witcher season 2 is set to resume filming on August 17.

Though that might still seem a bit far away, the date is fast approaching and the crew at the Witcher headquarters in Arborfield Studios has already kicked into high gear. From location scouts to casting directors, stuntmen and art designers, hundreds of people are working day and night to prepare the many sets, actors, and teams needed to resume production steadily, and all under new COVID-19 wary guidelines.

How will the pandemic affect season two’s filming? Primarily, it will require a lot of logistics and planning, and the immediate effect is the extension of the filming period. The planned five-month shoot was now replaced by a total of eight months of filming (to conclude in February), which sadly does delay the release of the show, which is now unofficially expected to release in summer 2019. In the meantime, we’ll be covering the filming to satisfy your thirst for Witcher content. 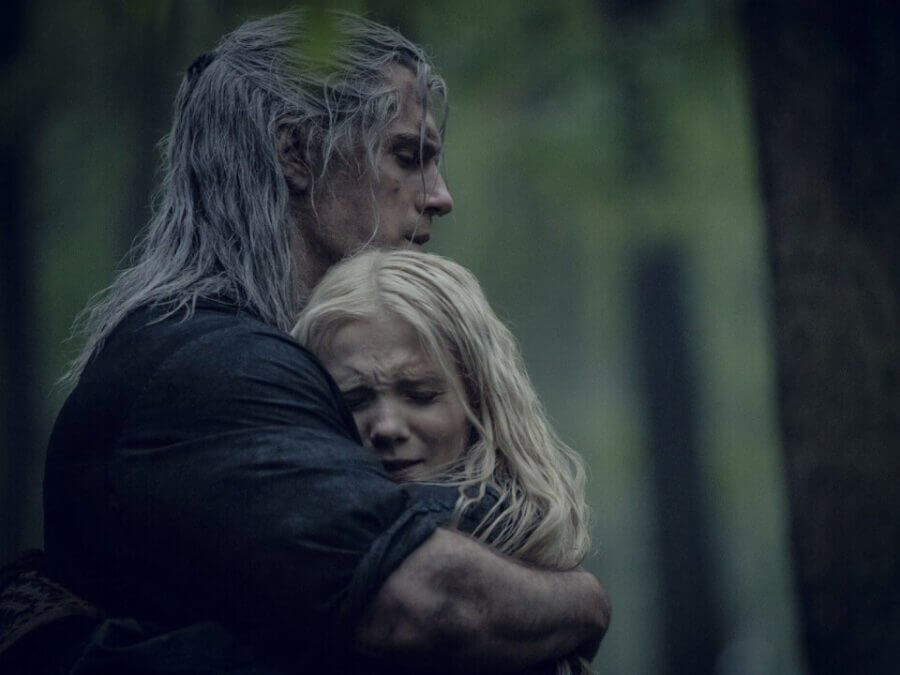 In the past week, our sources have confirmed that two of The Witcher’s stars have returned to Arborfield Studios for training in time for filming this August. Geralt of Rivia himself, Henry Cavill, was spotted approaching the studio alongside his beloved dog Kal, and an Instagram post from young actress Freya Allan (Princess Ciri) revealed that she, too, has begun training. The stars are expected to share a lot of screentime in season two, now that their storylines have converged, and their relationship is widely considered a highlight of the novels.

Not long ago, showrunner Lauren Hissrich addressed the Geralt-Ciri relationship in an interview with TV guide. “What’s really fun about Season 2 is that in the books, [after] Geralt and Ciri meet at that moment in Sodden… when we come back in the next book, we’ve actually skipped a lot of time. Well, we found in writing the show that we didn’t actually want to skip over those first months of them getting to know each other. That’s part of the fun, is to take these characters, as you say, who understand that they’re each other’s destiny — not really embracing it, but accepting that this is what they need to do to continue walking through The Continent. And then see like, what would that really be like? What would it be like for two strangers to come together and feel like that’s what they’ve been driving for the entire season? They finally got together and then they’re like, ‘Oh, I don’t know you at all. You are a stranger.’ And you know, Geralt, of course, has no experience with parenting, with children, with having a sort of continuous relationship in his life.”

In the same interview, Hissrich addressed the much-anticipated witcher training that Ciri will undergo in Kaer Morhen with Geralt and the other witchers. “We’re really trying to savor it. I think one of the things that, of course, happens when you are adapting material is that you have these eight episodes, they’re an hour long each, [and] we had much more of Ciri’s story in Season 1 that we ended up having to trim down. And it’s one of the things that when I look at the season, I see she’s not as present, Ciri’s not as present as I would have liked her to be. So in Season 2, we’re really digging in with her character and we’re going to understand her a lot more. And yes, that growth that you’re describing, where she starts training, where she actually becomes the character that we know from the books and later from the video games, we will see her become that person. But she doesn’t change on a dime. What we don’t want to do is forget where she came from.”

Though we have not been able to confirm it, it’s very likely that costars Anya Chalotra (the powerful sorceress Yennefer of Vengerberg) and Joey Batey (the silly bard Jaskier) are also preparing for the upcoming shoot. They will be joined by many returning cast members from season one as well as several new additions (led by the Elven sorceress Francesca, played by Mecia Simson).

Besides the cast and on-set crew, The Witcher’s post-production team is also making preparations. Recently, Redanian Intelligence has uncovered the addition of a new VFX studio: Industrial Lights & Magic, also known as ILM.

For those unfamiliar with ILM, they are a 16-time award-winning studio founded by George Lucas himself in 1975. Their credits include Star Wars (the feature films as well as The Mandalorian), Pirates of the Caribbean, Jurassic Park, Avengers: Endgame, the live-action Aladdin and many more.

Besides ILM, another studio affiliated with Star Wars is joining the team: The Third Floor, who’s previously worked on Star Wars: Rogue One, Mowgli and Spiderman: Far From Home. These studios will be joining at least four other VFX studios who’ve worked on The Witcher’s first season, including Platige Image, Cinesite, One of Us and Clear Angle Studios.

Game of Thrones’ David J. Peterson provides a new look at The Witcher’s Elder Language and a tease for season 2 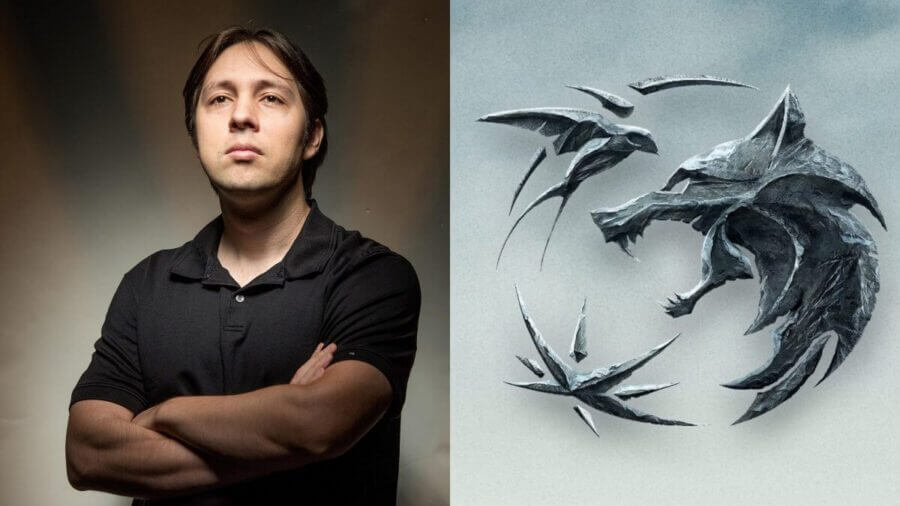 After creating the memorable original languages in HBO’s Game of Thrones (Dothraki and High Valyrian), David J. Peterson has become the go-to language expert for fantasy shows and an important get for The Witcher. New documents shared by Peterson and revealed by Redanian Intelligence provide a look behind the curtain into the development of the Continent’s Elder Language.

These documents reveal entire in-universe alphabet for Elder Speech, as well as various recurring phrases. Besides that, the mention of Scoia’tael (a guerilla Elven rebel faction) and a mysterious “deathless mother” character tease upcoming stories for season two. For a deep dive into the Elder Speech, make sure to read our article at Redanian Intelligence.

That will be all for August’s monthly update but fret not, we expect to uncover more exciting reveals in the weeks to come. With season 2 filming to resume in a matter of weeks, Redanian Intelligence and What’s on Netflix will keep you updated on set leaks, casting news and much much more.